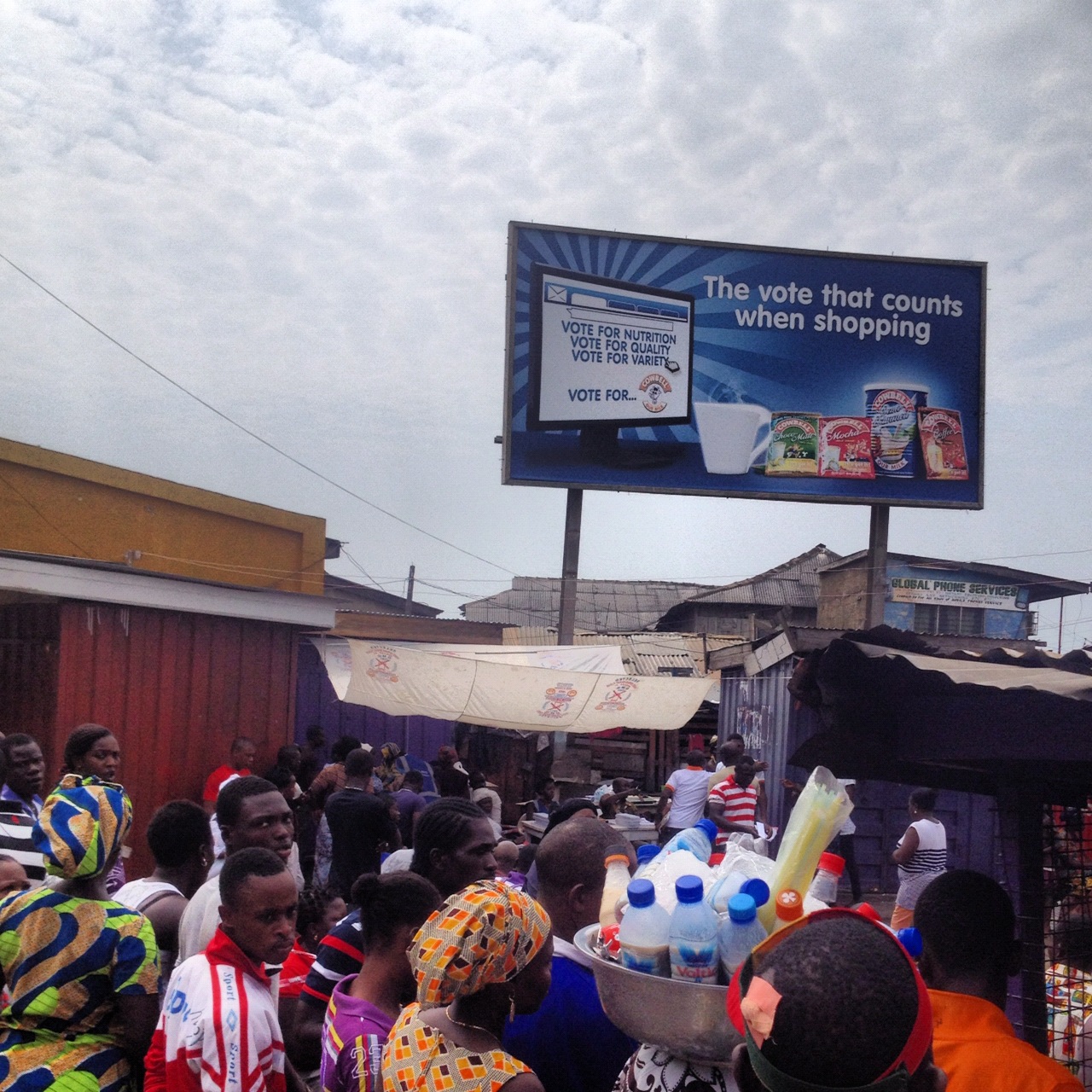 Yesterday I spent much of the day walking between polling stations: first in James and Ussher towns (downtown Accra) where things seemed to be working really well and then in Ashaiman. The latter location is a market town located close to the port of Tema. It contains of many poor settlements and had its share of violence during the last elections. At the first ten stations the voting was flowing smoothly and people were very satisfied. In the late afternoon I however visited several polling stations where the “machines”, as people said, had stopped functioning. The new biometric system requires electronic fingerprints for voters to vote and without a functioning finger print scanner they cannot vote. In some places people waited for hours with little information of when they could vote. Election functionaries in these locations knew little more than the voters and expressed great frustration over the “machines”. In one case the machine had simply frozen and could not be restarted, in the other cases they did not work after batteries had been replaced. One functionary told me that in all of Ashaiman they had just one spare fingerprint device and of all the defunct polling stations I visited none had gotten any technical support (in fact many voters thought that I was the technician that would fix their “machines”). At five o’clock when the polling stations were officially supposed to close voters and functionaries had still not received information of how to proceed. Only after dark they learnt that they would be allowed to vote the following day.

The Election Commission must have foreseen that problems would arise and should have had a functioning backup system in place. Still, although people were upset with the technical “glitches” at the polling station it was great to see how patient voters were. Many just hung around waiting for news of how to proceed. Patience was the virtue of many Ghanaian voters yesterday. Before I left Ashaiman I visited a few polling stations where they had started counting votes witnessed by scores of concerned onlookers. From the little a saw it worked smoothly.

During the evening radio and TV started to read results from the various polling stations. This has been quite a confusing event as people have little chance of getting a real overview of the situation. It is quite clear that Ghana is a two party country now, and the results reading lead supporters of both parties to believe that they were ahead. Today (Saturday) the twitter hashtag Ghanadecides has turned into a rumor mill where people are publishing not just results from constituencies but also statistics that unfortunately tend to differ widely. Up to last night twitter was a forum where people chiefly urged for peaceful elections, but it has since then turned into a forum where supporters of the two main political parties not only publish statistics with doubtable content, but also complaints over the other parties “regionalism” and ethnic voting. There are also tweets with suggestions that certain radio channels send biased reports followed by demands of shutting them down as well as the odd tweet claiming election fraud without any evidence (becomes even more problematic as tweets can only be very brief). It is unfortunate that #ghanadecides has taking this turn, but it is also the proof of how the temperature is rising in the country when we are drawing closer to results.

In the streets people are clinging to their radios listening to the announcements of the results and guessing the winner. Real world Accra is cooler than Twitter. At the time only 85 out of 275 constituencies have been declared and without contributing to the rumor mill I can only say that it is a close race.