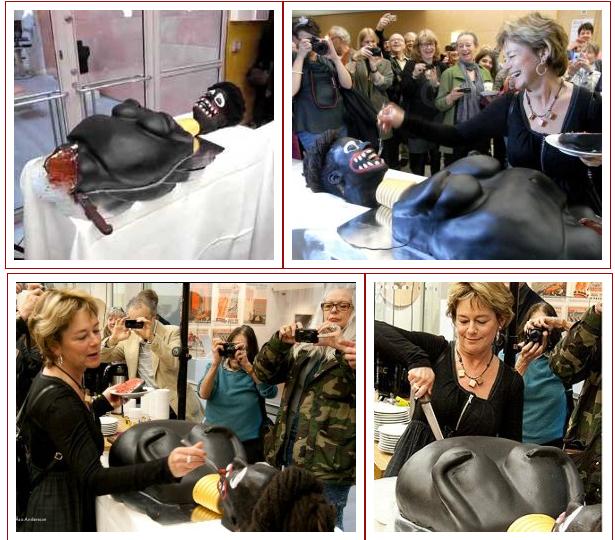 The absurd photos of the Swedish Minister of Culture feeding a cake/victim with its own genitals after first having had it ritually circumcised. The “white” and middle aged audience is all smiles.

It has been all over Swedish and international media during last week and although often discussed in quite confusing and contradictory terms I still think there are some good pieces debating the event. They do a much better work than I would do and I therefore give you my favorite links rather than discussing it myself. Two things are certain: first the images cabled out has spurred a much needed debate on race and racism in Sweden, and secondly despite its original intention the golliwog cake has so far not provoked much discussion on FGM in Africa as it originally intended to do.

The first text I recommend is written by Johan Palme and published by the always interesting Africa is a country site.

The second is written by the brilliant Kenyan artist/activist Shaijla Patel and published by important Pambazuka News.