One of the fascinating things with a society like the Liberian is that with quite little effort you can meet with people all the way up in the hierarchies. This goes for former rebel groups as well. Some of the top brass officers did not shy away from meeting us in Monrovia. In Grand Gedeh it proved a bit more difficult.  Allegations of training camps, where old and new soldiers were supposedly gathering to prepare for incursions in either Liberia or neighboring Ivory Cost had recently led to the arrests of some former MODEL people. Even if nobody seemed to really know which country was meant to be targeted, everybody knew and talked about it when we reached to Zwedru, the county capital of Grand Gedeh. Obviously it made former generals slightly apprehensive talking to us. Some even said that when they heard that we were looking for them they initially ran away because of fear. In their eyes a European researcher is likely to be connected to the Liberian government, at least from their perspective both appear equally remote and intruding. However after entering into conversation and when we were given time to explain ourselves most let go of their doubts. One thing however that they really wanted us to highlight was that there are no training camps in Grand Gedeh and, for rather obvious reasons, there is no need to train for already trained and seasoned rebel soldiers. Having heard ample training camp rumors before, for instance in Sierra Leone, and knowing how soldiers are mobilized into rebel armies, I agree with them, camps is if anything an obstacle for efficient mobilization of troops in a semi-policed setting like Grand Gedeh, unless the government itself has their stake in it. The presence of camps in Grand Gedeh today is highly unlikely. Yet one should be reminded of the volatile situation on the Ivorian side of the border and from the Liberian side small armed groups have crossed the border into Ivory Coast and attacked villages. Such cross-border attacks are however extremely rare and also most surely appear in isolation.

We spent a quite short time in Grand Gedeh and what we experienced there is in no way confirmed research findings, although they fit quite well with research that we have done elsewhere in Liberia and also with our past research experience. The fine thing is that Ilmari, our new PhD student, will stay in the county up until October and will gather much more precise and deeper data for our study. However I will go through a few preliminary findings here below. A first issue concerns the very definition of a general. General as used in Grand Gedeh is an emic category comprising of rebel commanders from middle to high rank (and our research project is predominantly concerned with mid-level commanders – MiLCs). A second issue is who is portrayed as a general and who is not in the post-war. It is clear from our enquiries that some generals are no longer labeled “general” because they work for NGOs and other formal business enterprises and arduously try to dissociate themselves from their war identities. So today many of the generals still labeled generals are the people “just sitting down”, as they would typically say – those not formally working, yet very much having informal forms of subsistence. We did not start to investigate the roles of the generals no longer called generals, but it is important not to forget the number of integrated and formally successful ones, if we are to understand the post-war roles of former generals.

Some of the generals we met in Zwedru were chiefly involved in subsistence farming on their own farms around the city. They were quite negative about their future prospects and often in quite bad shape. Others were still clinging onto their military networks and the money and status which could be squeezed out from activities their former soldiers could do as well as trying to hustle the top brass of MODEL and a variety of politicians. Yet there were examples of generals who had constructed houses and were still in good business, but they were quite often not residing in Zwedru. One of the previous leading generals of MODEL told us, with a smile, that he in fact went to the capital to hide because he could not deal with the expectations of his former soldiers in Zwedru.

In rural Grand Gedeh it is quite clear that most generals are back on their farms. We visited one former general on the farm itself, where he and his sons where “brushing”. He told us that he had very limited contact with his former soldiers who had returned home to their villages around Grand Gedeh and well beyond. As there is no mobile network in his area they could not call each other. When he travelled to Zwedru or elsewhere he might meet them, or if they passed his village they would stop by for a visit. Although farming can be labor intensive at times it would be too expensive to have former soldiers hanging around to do this kind of work and he and other generals farming their land would have more obstacles than benefits maintaining such networks. In fact farming labor is not in short supply and it is easier and more cost efficient to get help from school children and others residing in the village. Due to small sizes of towns with face to face knowledge of each other, trust works rather well and there is thus limited needs for old command structures and military knowledge to stay in control as in other trades.

This is entirely different in gold camps where command structures are much of an advantage. Scattered around Grand Gedeh there are now, partly due to the internationally high gold prices, numerous gold camps. Gold comes in dust form and can be found virtually everywhere. In one gold camp a resident told us that even when sweeping the ground outside the house they would find gold dust. Gravel is dug in the forest and transported to nearby rivers to be washed. During our brief visit to a river we saw a young boy first washing and subsequently drying out gold to what was estimated to be close to a gram. At a buying center they showed us several grams of gold, but it is very hard to estimate the amount of gold mined in the area. In the camps there are, like in all mining areas, a high percentage of young men, but few females and families. Here people live in temporary social constellations with a great flow and change of people. It is crucial that pit-owners have control over people in other ways and command structures are particularly well-suited for this it appears. Some generals head mining operations themselves. One former general pointed out that approximately 75% of the boys working for him were his former men. So opposite to small-scale farming, in gold areas former command structures, often, but not always, under command of a former general are in demand and the virtual informality of the camp makes such structures thrive. The labor intensity and the control over large work forces also makes these structures work fine here as well as they do in many plantations across the country (as for instance pointed out by Mariam Persson, a doctoral student at King’s College in London, in a very interesting chapter in the book that I presented on the blog the other day). Furthermore the anonymity of being among strangers as well as the high number of ex-combatants around them makes things easier. In the camp there was a mix of MODEL, LURD and NPFL/ex-GOL fighters that, according to the people we talked to, lived side by side without any problems.

Although we are still in an early phase of the study and have in no way systematically gone through all data we have gathered we have some indications that command structures are seen as assets in mining and plantation areas and to some extent to certain types of business, i.e. security work and political campaigning in Monrovia. Yet in others areas there is little practical use, such as in small scale farming. Following from this a crucial question is whether generals who are still in charge over command structures are a threat to national and local security. There are a few indications that generals and others are using military structures as protection rackets, but other than that there is little demonstrating that such military structures are in itself a threat. As of current the only volatile situation where command structures have been used to organize violence was around the elections and at that time it was only

because politicians actively organized ex-combatants with the aid of former generals. 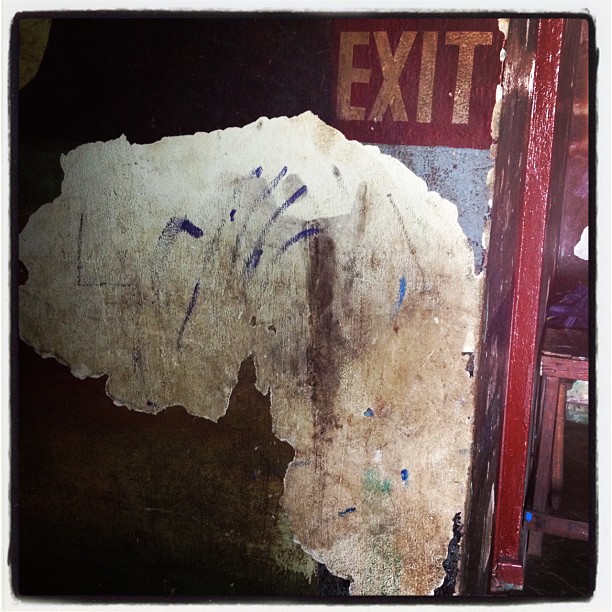