Report from the blue zone: some scant observations on race and security in South Africa

When it rains the whole area goes tick-tick as drops fall on the electric fences. Visitors are greeted with a sign saying ”Warning criminals you are entering a Blue Zone 24 hours dedicated patrols in operation”; we are in the thriving white ghetto Umhlanga outside Durban, South Africa. It is my first visit to South Africa and it is a very different and to some extent disturbing experience compared to my previous stays in West and East Africa. It is altogether a different zone – a blue zone. Indeed the airport works smoother than any in Sweden. Roads in Kwazulu-Natal are great. Traffic is flowing; traffic police monitoring our moves. Huge farms are impressive and scenery fantastic. People are all nice and talkative. And we all talk security. Maybe it is unfair, maybe we make them do so, but with my landlords, with taxi drivers and people in the street we always end up talking security. Our interpreters are white, black and Indian. Security is central to our discussions. 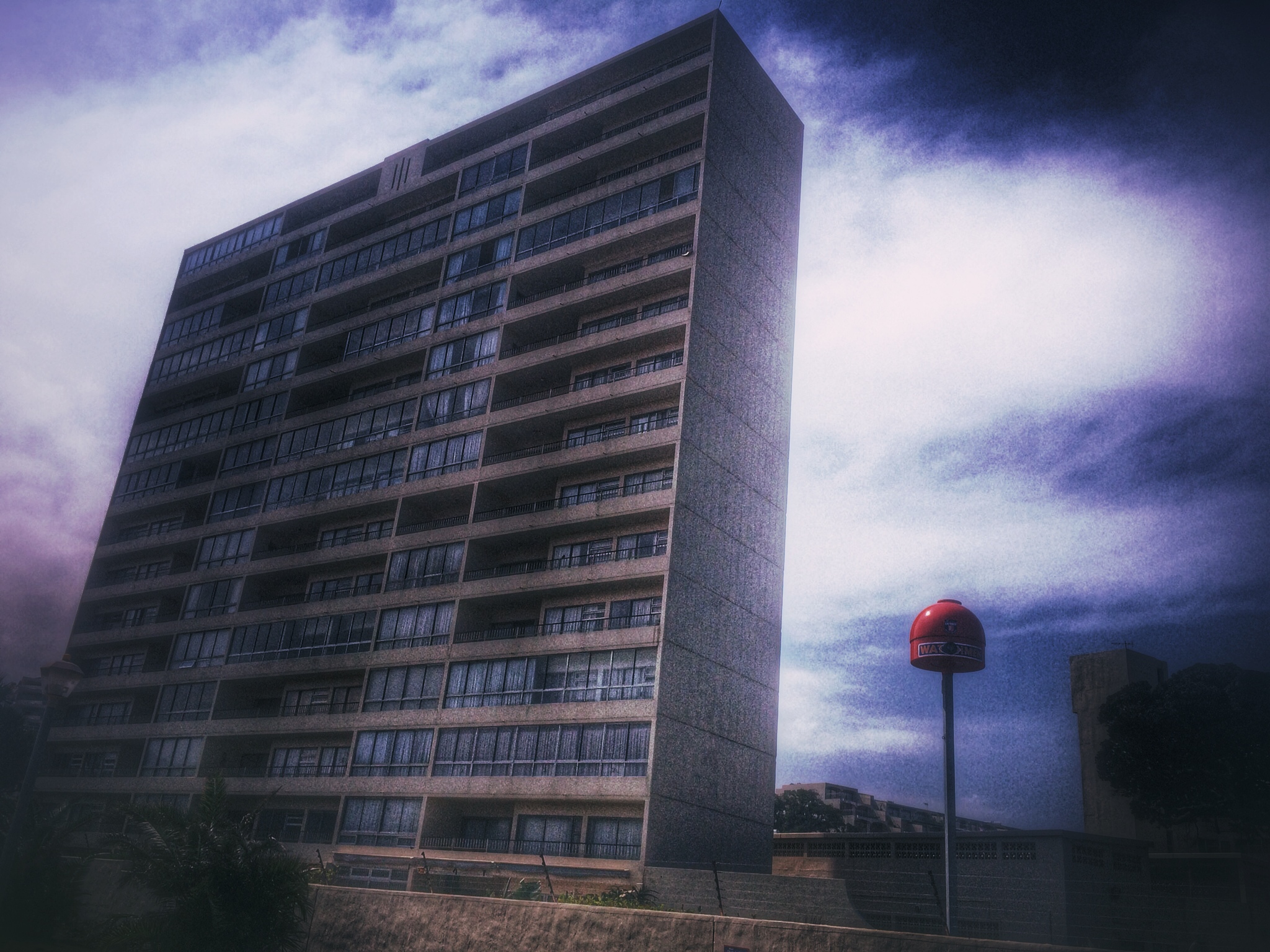 Big Brother is watching you. But he is not the state.

We walk the short distance from the Umhlanga village. There is almost always a security vehicle in the street corner, there is also a security guy on a bicycle, and every house has got at least one sign telling us which private security company they use. They have Blue security for the area and then individually organized security for each house – the monthly fee for security is said to roughly equal an average state pension. All have electric fences, even a taxi-driver we talk to admits having an electric fence on the walls around his house in the rather low class area he resides in. In Umhlanga it is a must and walls are tall and impersonal, carving out a no-go street in between with unpleasant lights at night. Our house feels safe despite the panic button next to the bed, but the strict security focus signals dangers out there. It is scary to imagine you being attacked in the street because if you are: there are no people out at night and no place to run. Would anyone open their electric gate for you if you are in need of temporary security? I doubt. 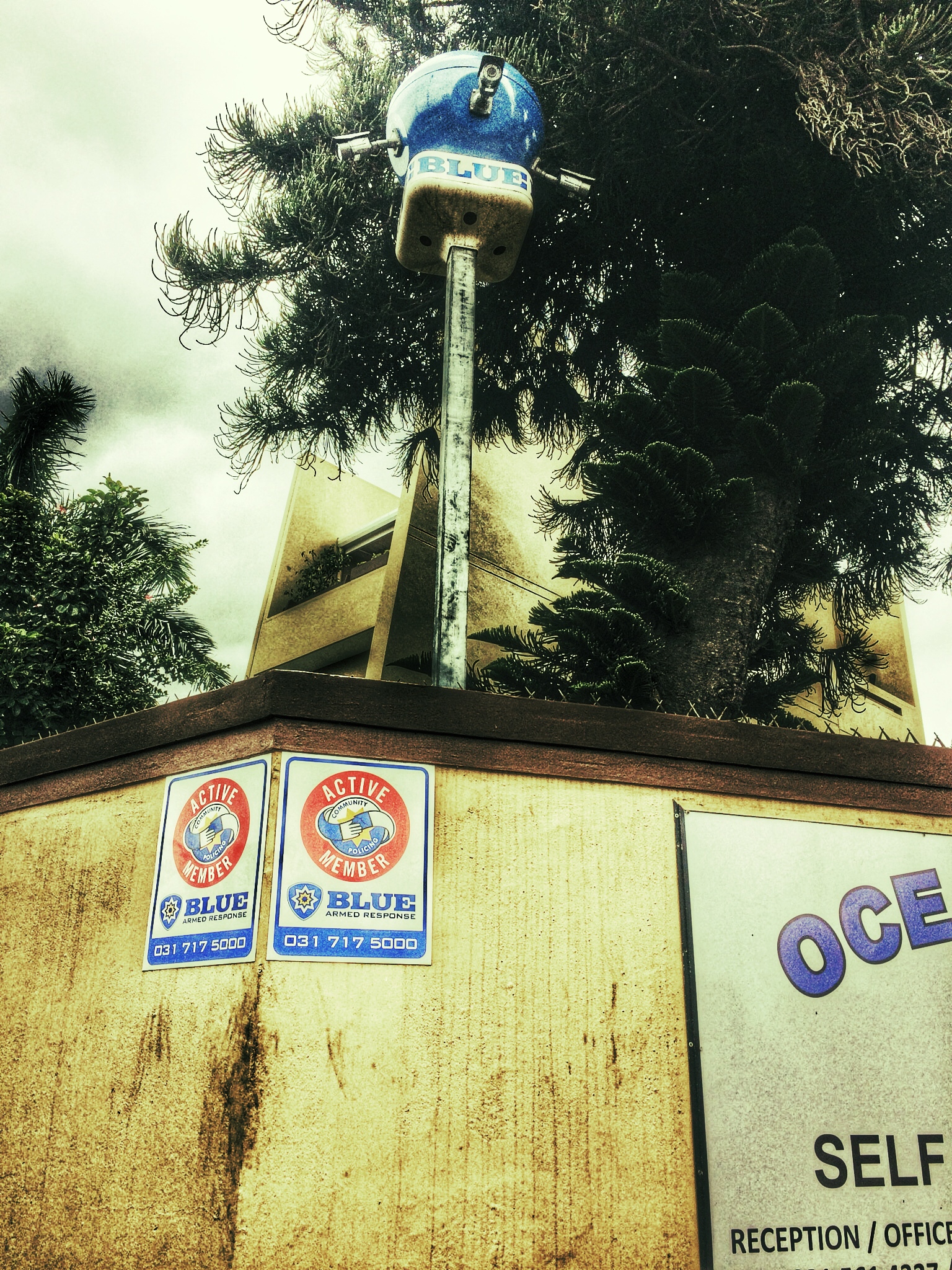 But how dangerous is it really? We try to investigate. Talking to taxi drivers is interesting. A black South African says that he would never walk around in downtown Durban late at night because of the immanent dangers.[1] He states that people are frequently robbed daytime or pickpocketed, but investigating further he has only once in his entire life been pickpocketed and never robbed. Nothing has been stolen from his home in one of the residential townships. An Indian taxi driver complains about the increased insecurity in the city, but he has never been robbed during the twenty years (!) he has run the taxi. Once his house was burglarized and the thief stole his wallet, phone and cigarettes – nothing more. His response was to raise the wall half a meter. The taxi agency he works for runs throughout the night, and although most of the company’s drivers are Indians, the nighttime drivers are black, actually Nigerians: “they are much smarter at night”. When we ask him if they are robbed, he simply says no.[2]

On the other hand in the game of blame-throwing much negative is given to the Nigerians: they are amongst other the ones controlling the drugs trade in the Point area of Durban. When it comes to distrust it is all about categories of difference and appears and almost always in racialized terms. Indians don’t trust the black South Africans, the white blames the black, but also the Indians, the black community distrust the whites. The only thing they appear to have in common is that they all distrust the Nigerians. Is that the basis to build new South African security upon?

Our local Blue security guard posing in front of the Anglican Church. He works twelve hours a day, seven days a week. “This streetcorner is his home” states his superior wryly.

I know that changes do not happen overnight. I know that South Africa’s tragically racialized past is a hard nut to crack, I know we have only seen a snapshot of the country, but it still saddens me to see that steps made are baby steps and that trust across racial categories is so extremely low. I had hoped to see some more common ground beyond the grand scheme of joint distrust towards Nigerians. But maybe we ourselves need to step out of the blue zone? After all, house owners in Uhmlanga are white, their domestic workers are black. The restaurants in the village are filled with white customers served by black waiters. Late at night the taxi drivers are Nigerian and we are walking down the empty street giving thumbs up to the only person out there: the guard in the Blue patrol car. 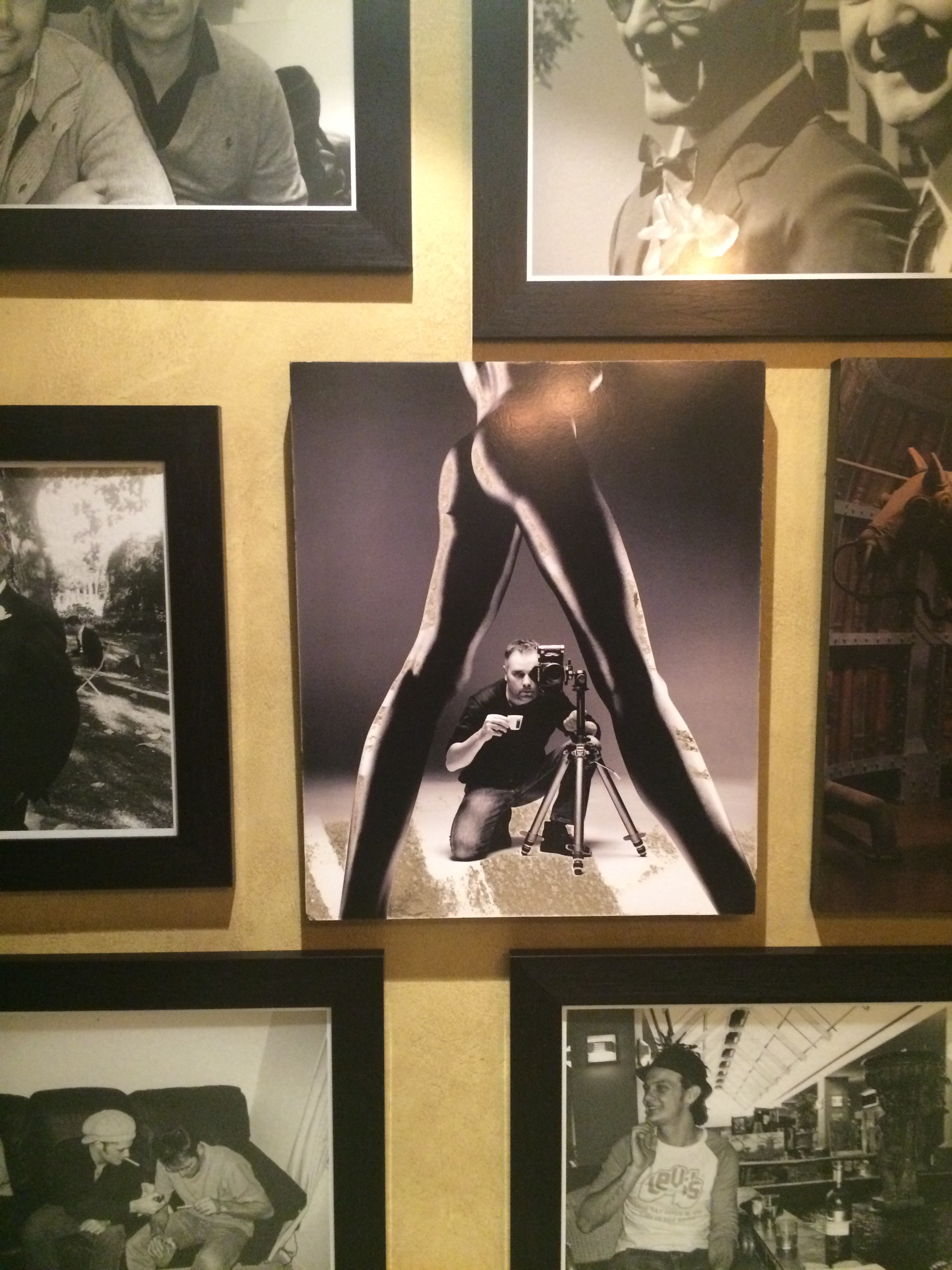 The white man’s gaze. Photos on the wall in a Umhlanga restaurant

[1] In this text I use the grossly simplified race and national labels in the same way as they are used locally.

[2] I am neither diminishing incidents of crime in Durban nor arguing that people have no reasons to protect themselves. South Africa has a very high level of crime and I have also come across gruesome stories of violent crime. However in this text I am more interested in how insecurity cements racial categories. South Africa has roughly 16.000 homicides a year equaling about 30 per 100.000 inhabitants, roughly the same as Bahamas but well above Russia 10, US 5 and Sweden 1. Honduras with 90 homicides per 100.000 inhabitants is worst struck according to World Bank statistics.

« How seven Norwegian small warships ended up in the hands of a former Niger Delta militant, by Morten Böås Monsters of Our Own Creation: How Nigerian Corruption & Climate Change Gave Rise To Boko Haram, by Andrew Gibson »