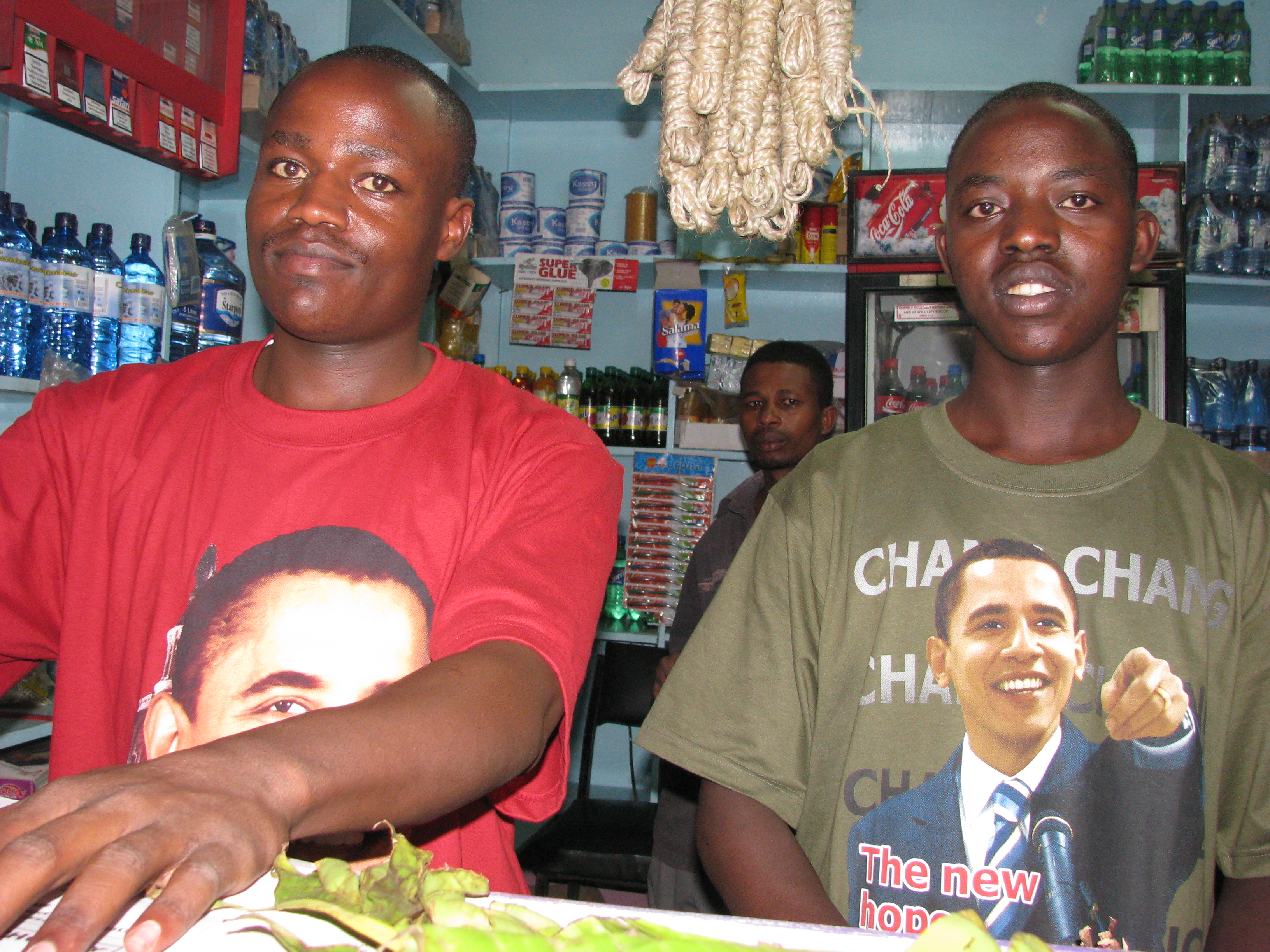 Eastleigh, Nairobi is pictured as a good area for Somali refugees in media and in UNHCR reports. The migrant Somali population in Eastleigh has developed trade networks and made it a commercial area with major significance not only in East Africa but also globally. According to a report from 2012, by the Danish Refugee Council (DRC) and UNHCR (United Nations High Commission for Refugees), asylum seekers and refugees are surprisingly independent and integrated into the socio-economic life in Nairobi. The estate is considered a good area for refugees because of possibilities to socio-economic activities and according to the report, the profile of Eastleigh refugees is “one of incredible resilience and ability to survive in the face of significant odds” (UNHCR 2012).

However, there are other stories. My study on how a group of urban Somali refugees manages under uncertain circumstances in Eastleigh shows another picture. Fleeing from war, persecution and violence, the refugees expected to find protection and transfer to a third country. Instead, they ended up waiting for an uncertain resettlement for years, constantly questioned through ID-checks, arbitrary arrests and governmental counterterror raids. The refugees aimed for resettlement to a third country; a decision depending on approval from the hosting state, an eventual receiving state, and UNHCR. This process normally includes 8-10 years of waiting and a positive decision is not guaranteed. The spatial realities in displacement in Eastleigh included a status of illegitimacy, socioeconomic hardships, and unpredictability of an eventual resettlement in a third country. In the protracted waiting for resettlement they struggle to become part of the place but in the state of transit, and in an excluding context, they are in-between – in a liminal state in both space and time. It shows the constraining impact sociopolitical context and power structures have on people in displacement. The lack of a valid passport is severely confining freedom of movement and made me reflect on my own situation, carrying a European passport, having no problems obtaining visas and crossing borders. For refugees, a Western passport indicate validity, legitimacy, flexibility in movement and nurtures the dream of resettlement.

Humans not only have a desire to create a world where they can find a sense of belonging and recognition but also a sense of themselves as actors and initiators (Jackson 2013:17). Compared with a restricted life in the camps my informants preferred the urban setting. Daily practices were essential in order to regain a sense of normality and of familiarity. In daily religious practice they communicated with a place in the past through the familiar context of known rituals, language, and settings. Within the Somali community and Umma (Muslim community) and through kins and friends, there were shared cultural values, and this played a significant role in becoming part of the place. Many of my informants also mentioned friendly Kenyan neighbors giving appreciated support. All these aspects softened the initial cultural shock and the feeling of alienation. However, the presence of Somali community did not automatically guarantee proximity and close relations; in particular the women were very careful in whom to trust and in building social relations.  Main difficulties to find ways to livelihood and others were lack of capital and state regulations for petty trade.

The main obstacle in the process of becoming part of the place and create a sense of belonging was the questioned position as legitimate and the unsafety. Except from regular ID-checks and arbitrary arrests, counterterror raids had at occasions been carried out in Eastleigh through which governmental forces at least on paper intend to create security. However quite the contrary they create more insecurity for many inhabitants in the area. Police corruption, surveillance and the ignorance of the governmental institutions upholds patterns of inequality and creates a space of insecurity (Glück 2017:299). Proclaiming refugees as a group being a threat to state security means they are not given the protection they are entitled to. The Kenyan government justifies its action to fight these threats through the terror attacks carried out by Somalis in Kenya. This securitized urban space highly affects both lives and livelihoods of the inhabitants of Eastleigh and particularly refugees, nurturing a wish for a temporary stay only, in their being under siege by forces they cannot control.

The emergency state during flight and at arrival has slowly been replaced by a prolonged waiting in exile. An in-between state both spatially and temporally appeared with not having knowledge or possibility to influence own fate (Horst and Grabska 2015:6). Proceeding with the resettlement process, obtaining knowledge about one’s rights and accessing UNHCR staff was a constant struggle. Contributing to uncertainty for my informants in Eastleigh was not knowing if, and when they would receive the refugee mandate and for how long the resettlement process would last. The search for place and a new home was in the displacement in Eastleigh negotiated not only with the hosting government, with others, with the physical landscape but also with far away places connected to a past and a future. Refuge was taken in memories of the past and visions of the future. Coming to a new location my informants saw the social environment and landscape in terms of old familiar ones, but also in terms of imagined future places where they could settle. Both a return to the homelands and a third country resettlement were imagined scenarios while Eastleigh was a contemporary reality and a present moment between a home in the past and a home in the future.

The time aspect and outcome of the resettlement process were uncertain elements and affected the relation to the estate. The relation to the estate was twofold, in the sense that there was a non-acceptance, unwillingness, and at times resistance towards the place but also a decision to stay because of no other evident better options. Unprotected and abnegated their legal rights to protection in Kenya they did not see the place as a future home. But through rituals, routines, supporting relatives, possibilities to education and through a surrounding Somali community, I would say there was a more than temporary, partial homeness and sense of normality. There was furthermore a continuous search for autonomy, control and independence. To become part of the place the inhabitant needs to take up a position and contribute with own activity to close the gap between person and place (Ingold 2011:168). For my informants, this closure was hindered by the sociopolitical context of the hosting state and the gap remained. Which framework the environment allows the displaced to move in is crucial to reach a sense belonging and to become part of something new.

In a longing for familiar places and imaginations of a future place elsewhere, time and place became intertwined. The physical act of movement in the past, added up with imagined movement in the future displacement became “a distinct point in time as well” (Horst and Grabska 2015:7). Eastleigh is not a good place for everybody and there are not equal opportunities. The displacement in transit was spatially and temporally a standstill, an in-between state. However, Eastleigh filled a purpose as a transit hub with eventually opening gates to final safety and a better future and relatively normal existence in comparison with the refugee camps. Routines and normal life gave a sense of permanence in an uncertain situation and desired temporariness, but hardly a sense of belonging. The belonging was within trusted groups of people, being either family, kin, compatriots, friends or neighbors. Eastleigh became more of a non-home in two concurrent and more or less contradictory processes – to become part of the place and to depart.

Lena Johansson carried out fieldwork in Eastleigh, Nairobi, for her MA in Cultural Anthropology at Uppsala University. Every year we accept 10-15 MA students at our International Master Program. All our courses are in English and students are expected to conduct 2-3 months of field research. For more information see http://www.antro.uu.se/education/mastersprogram/

« Congosa politics: Rumours and elections in Sierra Leone, by Diana Szanto Death, fieldwork, and the personal, by Caitlin Ryan »