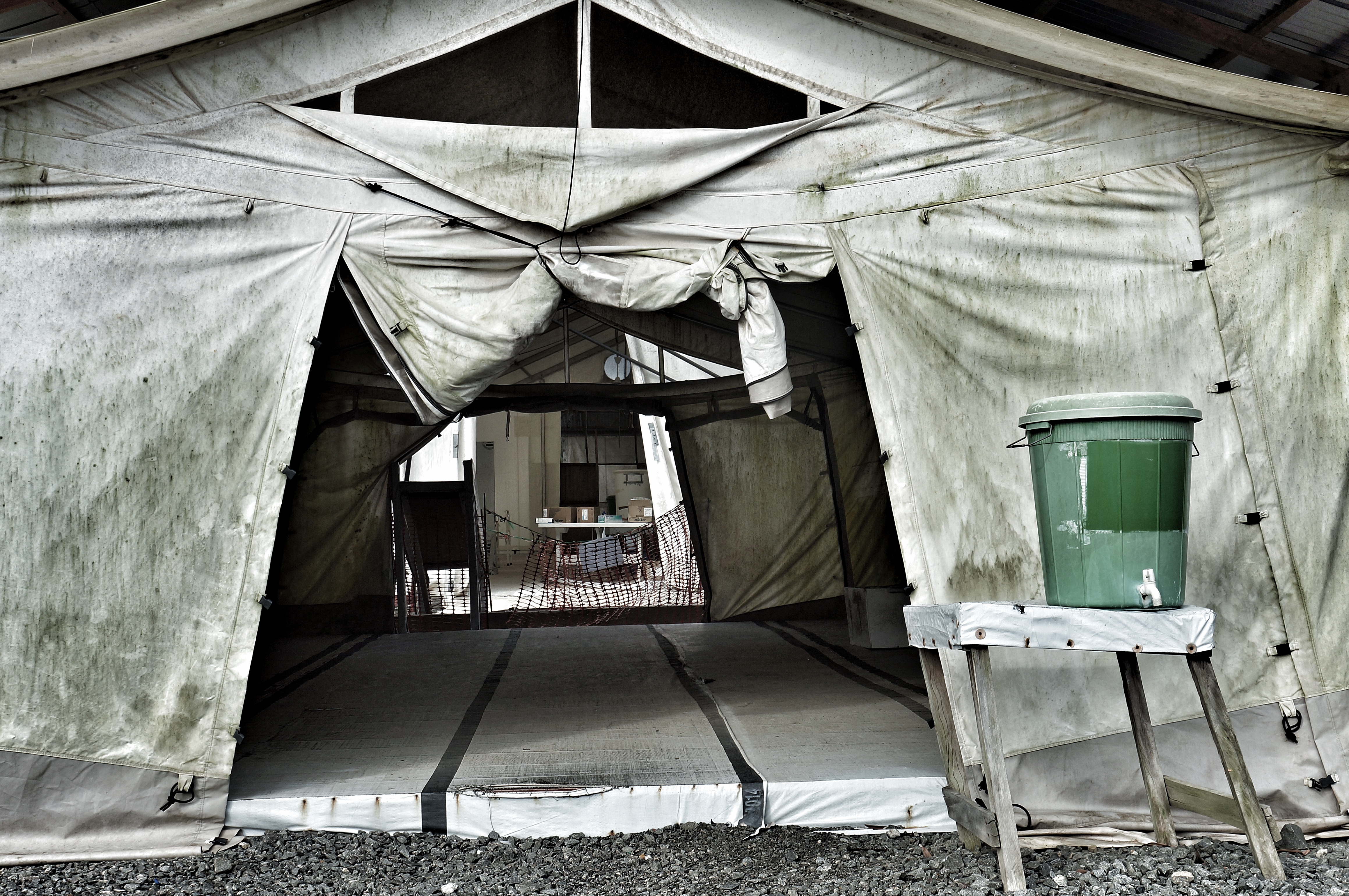 Signs here and there in the city remind us of the recent Ebola crisis. An empty bucket outside a shop, hand sanitizer in the fancier restaurants, but not much more. Monrovians do not mention it much, unless you ask. It is not like the previous civil wars which people still like to refer to. If Ebola in Liberia was like a silent war, it also appears to have a silent aftermath. Riding a shared taxi I ask my co-passengers about this. Why do you keep talking about the war, that took place so long ago but not the Ebola crisis? A woman answers: the Ebola epidemic was simply too fearful. In the war you would know where the enemy came from, Ebola on the other hand came from nowhere and everywhere; it was an invisible enemy. Which one would they prefer? The war, is the unison answer amongst fellow passengers. And when I did not stress it anymore we quickly moved into other less ‘fearful’ topics.

I am in Liberia to set up a long-delayed project, but in-between meetings I read Paul Richards’ new book on the Ebola crisis. I am not intending to review it now as Jamie Hitchens already did so earlier on this blog. It is a great read though, full of interesting material and in particular I like his discussions of a people’s science based on local knowledge and how this ‘science’ in various ways contributed to the demise of the epidemic. But there is one fact of the Ebola virus history in the region that I find curiously absent in his book and most other contributions. After intense speculation with regards to the origin of outbreak it can now be concluded that the outbreak originated from one source only, one index case, and that it spread so rapidly because 1) it is nosocomial, i.e it spreads via hospitals, clinics and other places where victims are nursed or transported and 2) it spreads when deceased are handled, washed, mourned and buried (in particular). There are also vague suggestions that some people may be immune to the virus, but there has been no clear discussion about the reasons for that.

Richards proposes that although rural habitants are used to epidemics due to viruses similar to Ebola, in particular the endemic Lassa fever, Ebola “was introduced from other parts other parts of Africa in the post-civil-war period” (p. 108), but is this really the case? Other evidence proposes a much longer existence. In the journal Annales de l’Institut Pasteur from 1982 one can read:

The results seem to indicate that at least Liberia and Guinea have been included in the Ebola and Marburg virus endemic zone. Therefore, the medical personnel in Liberian health centres should be aware of the possibility that they may come across active cases and thus be prepared to avoid nosocomial epidemics (Knobloch, Albiez et al. p. 128).

The findings is based on a medical survey conducted in Lofa and Bong counties in Liberia in the late 70ies with key focus on Lassa fever, yet it is interesting to note that as many as 6% of the samples showed anti-bodies for Ebola virus. Thus at least since the late 70ies there is evidence of Ebola in the Mano River region. Still when Ebola struck Guinea and subsequently neighboring countries Sierra Leone and Liberia it caught both international experts and local medical institutions totally off guard. No one seemed to be aware of the apparent endemic prevalence of the virus in the region. Observers (chiefly in international media) spent a great deal of energy discussing how it was transmitted from DRC to this region. However more recent medical research as well suggests that the current “EBOV strain from Guinea has evolved parallel with the strains from the Democratic Republic of Congo and Gabon from a recent ancestor and has not been introduced from the latter countries into Guinea” (Baize, Pannetier et al. p. 1424).

I am not a medical doctor, nor an epidemiologist, but I am quite surprised that these, to my understanding crucial facts, have hardly been given any attention. Can anyone tell me why?